Perfect for the oven or the BBQ, spatchcocking your bird will cook faster and more evenly.

There’s nothing quite as mouth-watering as a roast chicken, yet not many of us have hours to prep, roast, and baste a chicken.

Spatchcocking – also referred to as butterflying – is a chef’s technique where you remove the backbone from a whole chicken and break the breastbone so that the chicken lies completely flat. If it sounds like it might require brute strength, don’t worry. All you need is a sharp kitchen knife or poultry shears (heavy-duty scissors) and a little know-how.

But first, the advantages of this technique (besides impressing people with your culinary knowledge!).

Not only does spatchcocking or butterflying greatly reduce cooking time – it’s roughly 25% faster – but it ensures the entire chicken is evenly cooked. This is essential, since different parts of a whole chicken will cook at different rates. Spatchcocking prevents the dark meat closer to the bone from being undercooked and the white meat closer to the skin from being overcooked. The result is an evenly cooked bird, that has crispy skin, and juicy, tender chicken.

And there’s no better method for roasting a whole chicken on the grill. Spatchcocking allows the meat to lie close to the grill so the entire bird cooks at the same rate.

Here’s a quick step-by-step instruction on how to do it.

If you’re using kitchen or poultry shears: starting from the tail end, cut all along one side of the spine or backbone. You’ll be cutting into the softer outer side of the ribcage, not the backbone itself. Now, do the same on the other side of the bone.

Once both sides have been cut all the way through, remove the backbone and save this for soups or broth in your handy freezer stock bag.

Tip: A fish grilling basket (make sure it’s clean!) is perfect for grilling butterflied chicken on the BBQ, since the steel basket holding the chicken has a handle that makes turning the bird over easy. 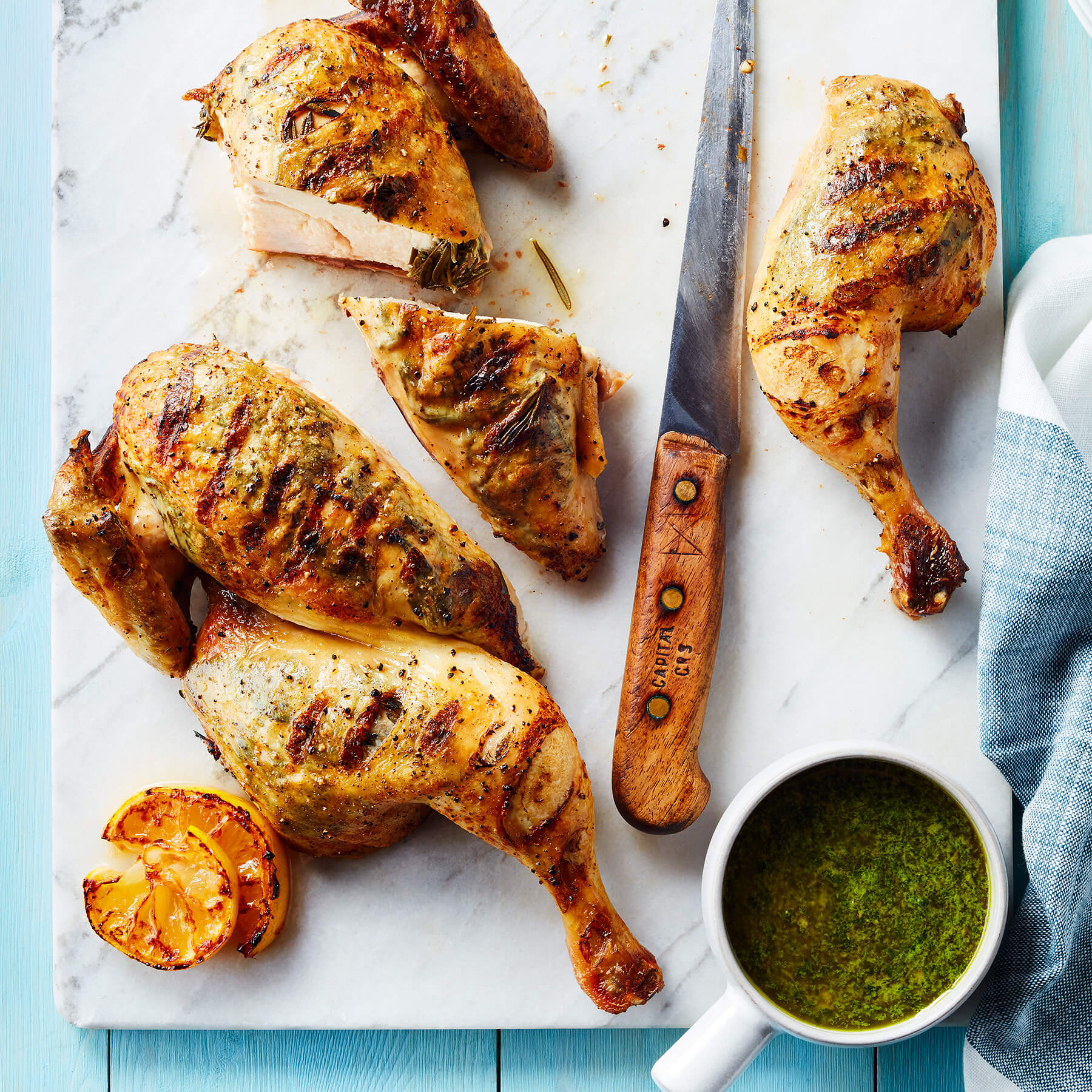 The addition of cilantro to the classic lemon, garlic, rosemary and thyme, makes this dish just a little different than your traditional Greek dinner. If you’ve never been to Italy before I suggest you start cooking this recipe. You’ll feel like you’re in the old country in no time. 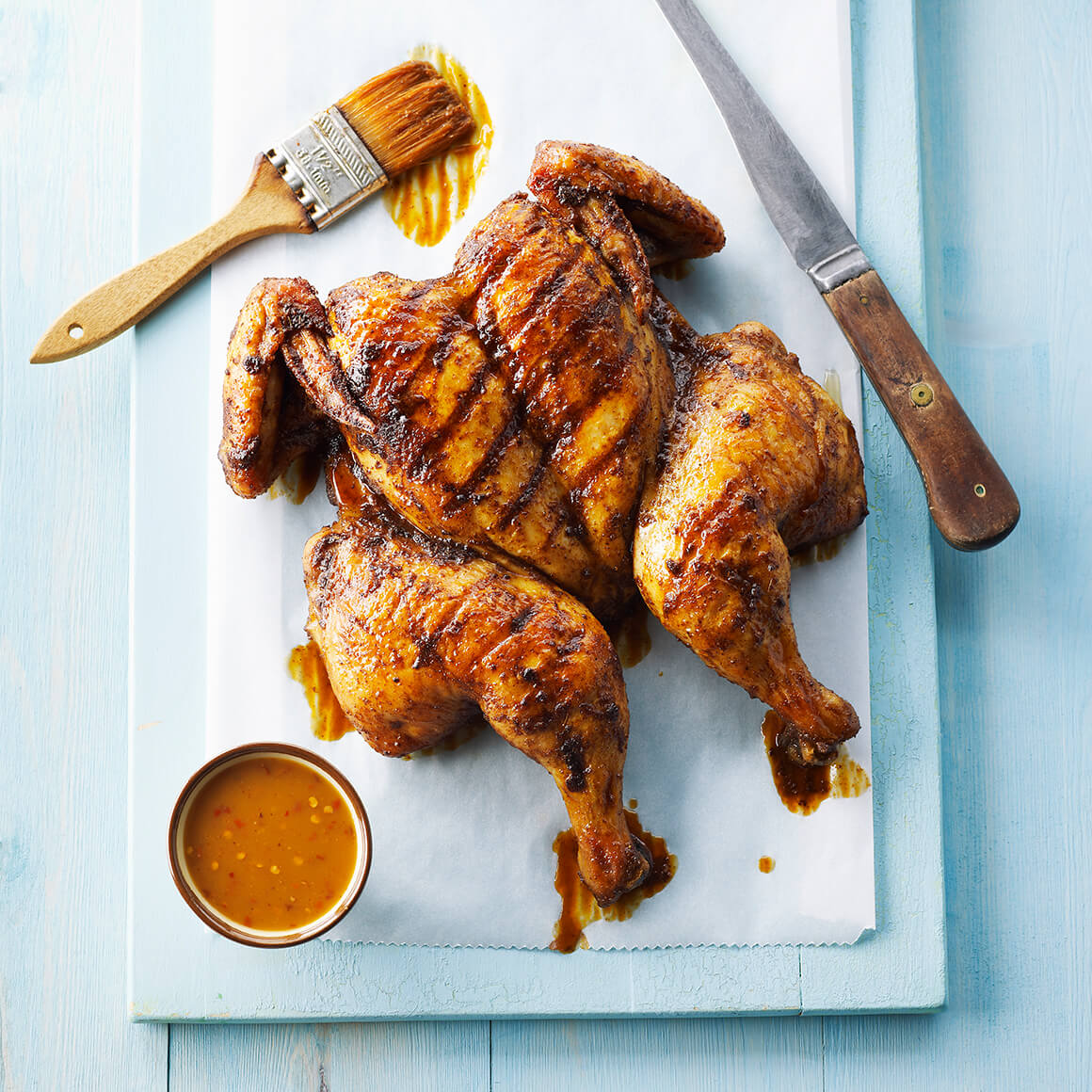 It’s incredible how much taste is captured in every single bite when you flatten a chicken (not hard to do) then weight it down while roasting or barbecuing. The spicy roasted corn on the cob is perfect to serve with the herbed grilled chicken. If you like, have the butcher flatten your chicken for you. Serve this fall-from-the-bone tender slow-roasted chicken on a bed of buttered pappardelle egg noodles.
Subscribe to Our Newsletter!